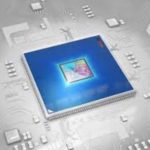 Researchers have found numerous flaws in Advanced Micro Devices better known as AMD. The firm behind the findings is CTS-Labs. The attacks work on popular motherboards such as Tyan, ASUS, ASRock, Gigabyte, Biostar who all used AMD. The CPU manufacturer was given just 24 hours before all 13 flaws were made public. AMD was not
Read More

DDOS or Distributed Denial Of Service attack are only getting larger and more devastating. Last week saw what is so far the most powerful DDOS attack when this was aimed at GitHub with record braking of 1.35 terabits per second. A day later it was hit with yet another bigger attack of 1.7 terabits per
Read More