UEFI Secure Boot The Windows Hardware Engineering Community (WinHEC) conference in Shenzhen (China, 18-19 March 2015) has attracted a lot attention from the security community recently. It appears the UEFI Secure boot could be permanently enabled by the OEM. From a slide shown at the conference “UEFI Secure Boot: – Must ship enabled – UEFI
Read More 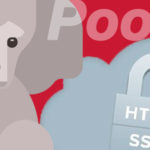 In late 2014 an attack came to the attention of the security world known as the POODLE attack. POODLE stands for Padding Oracle On Downgraded Legacy Encryption. The attack underscored the vulnerabilities introduced when legacy protocols with weak encryption are used. In practice, SSL or Secure Socket Layer has been superseded by Transport Layer Security (TLS) as a
Read More

After a year of big data breaches like Home Depot and Sony, and widespread security vulnerabilities in our shared software, which spawned the likes of Heartbleed and Shellshock, it’s easy to predict that cybersecurity will be a hot topic in 2015, says Sophos. Here is another interesting report from the team at Sophos.
Read More